I received a free advance PDF copy of the book “Absolute Truth, For Beginners” by Katarina West  to review. It is Katarina’s second book, following her debut novel Witchcraft Couture. To find out more about the author you may visit her website or blog. 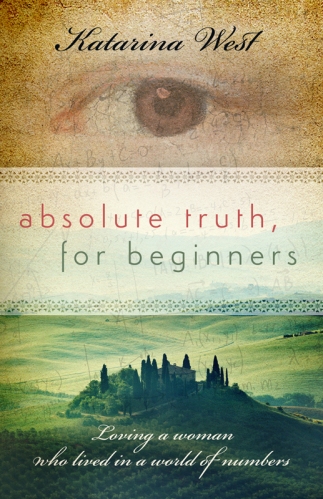 Elisa Mancini is a Nobody. Painfully insecure, more at ease with books than with people, at twenty-three she’s a university dropout living at her aunt’s, drifting from one day to another, and waiting for something big to happen.

Judith Shapiro is a Somebody. Arrogant and eccentric, she’s a superstar of mathematics, the subject of scientific articles, and the undisputed ruler of the world around her.

But loving Judith Shapiro is like running a marathon in a war zone. As days pass, Elisa’s wild infatuation takes on a suicidal bent, and the world around her starts to go to pieces. Just as everything is about to blow up, the moment of truth comes.

Absolute Truth, For Beginners is a story about truth, time and love. Or about identity, positive nursing, degrees of happiness, Baroque art, scientific theories, homosexual lovemaking, arrogant television producers, and becoming who you really are.

I haven’t read Katarina’s first novel so I had no pre-conceptions of what to expect with this book, but the title draws you in. The book starts with Elisa the main character arriving at her new workplace, The Shapiro Foundation but unable to get an answer on the intercom so wondering what to do next. You get an insight into her character and immediately pick up on her insecurities. Later I began to make comparisons between Elisa and her cousin Linda. Neither of their lives are going according to plan and although each sees what is wrong for the other, they can’t spot their own faults.

Elisa falls in love with Judith, the head of The Shapiro Foundation, a brilliant mathematician, but one who is struggling to prove her next theory. But the relationship seems very one-sided with Elisa giving her all and getting very little in return. There is also a big age-difference with Judith being over 30 years older than Elisa. I won’t say anymore. I’ll let you read it for yourselves.

The book is a different genre to what I would usually choose, so I was somewhere outside my reading comfort zone. For instance I’ve certainly never read about a mathematician before. However Katarina has included some controversial topics within her novel and dealt with them brilliantly. 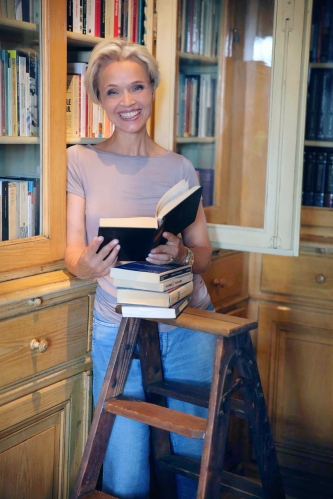 And the author is hosting a rafflecopter competition to giveaway 10 eBook copies of Absolute Truth, for Beginners. Open worldwide.

I’m participating in the book tour and you may like to check out some of the other blog stops on the tour.

And look out this afternoon for a guest post on my blog by Katarina.

3 thoughts on “Absolute truth, for beginners”

A latta words in little time