I have received a free e-copy of the book The Expansion by Christoph Martin to review. 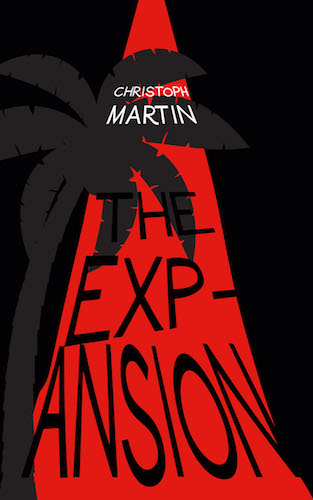 In politics and big business, truth is a matter of opinion.

Straddling the storyworlds of Panama, Washington and London, The Expansion follows British-born geomatic engineer Max Burns, whose revolutionary water-saving system wins him the esteemed position of head engineer for one of the 21st century’s most politically contested megaprojects: the expansion of the Panama Canal.

For Max it is a dream come true: not only is he able to work closely with construction giant and old high-school friend Godfredo Roco in one of the most beautiful tropical environments, but it’s the kind of job Max has been working toward his entire career.

Yet in the arena of global trade and diplomacy, stakes are high, and when a senior official of the Panama Canal Administration is found dead, Max finds himself in the frame for sabotage and murder, and at the center of a web of political intrigue and betrayal that reaches far beyond the idyllic shores of Central America. The only person Max can trust is his new-found love, Karis Deen, a scientist with the Smithsonian Tropical Research Institute. Except Karis herself holds a secret that could not only destroy Max, but could change the entire balance of world power.

The book begins with a prologue back in 1993 when 16 year old Max’s father deliberately crashes the plane he and Max’s mother are flying when they face arrest. Max leaves his Swiss boarding school and comes back to England to live with his Uncle Alan on a London housing estate. He gradually loses contact with his best school friend Godfredo.

We move to 2008 and Max, now a geomatic engineer gets a chance to work on a team bidding for the Panama Canal expansion tender. Coincidences abound as it is Godfredo’s father Paco’s construction firm who want Max on board. However there is a catch. He has just signed a contact for a new job, working for his future father-in-law.

Next we meet Karis, a scientist at the Smithsonian Tropical Research Institute, who are worried about the environmental impact of the expansion project. But why is Karis lying?

There appears to be various intrigues going on trying to discover about other teams bidding proposals. Who is informing on who? And why are the Chinese not bidding?

Fast forward a couple of years and construction is under way. Intelligence is still keeping an eye on the project. Karis is back on the scene when someone gets murdered. Max is framed. By whom and why?

The Expansion is available on Amazon, currently priced at £9.99 in paperback and is also available in Kindle format. A great story which I highly recommend.

Here is an extract from the book for you to read.
Alan is the person closest to Max’s heart, and hearing his uncle’s words in this scene gives Max the green light to start living his life the way he wants to, even if it involves taking a huge risk …

“Would you be alright … if I go to Panama?”
“Me? Gawd! Never you mind about me.” Alan eyed Max as he chewed on a rasher of bacon. After a moment, he hit ‘mute’ on the remote. “So what’s holding you back, lad?”
Max stopped chewing. “Sarah. And her father. I don’t know how I’d face him.”
Alan was quiet, his large fingers enveloping his beer can.
Max looked at him. “I don’t want to be the guy who screws up everyone else’s life because he can’t face up to his responsibilities.”
Immediately, Alan planted his beer on the arm rest.
“Lad, if you’re talking about your father …” He leaned forward. “You’d do well to remember that your mother was no angel, neither. God rest her.”
“What do you mean?”
Perhaps his expression belied his surprise at his uncle’s words, because Alan continued, hurriedly: “Oh, don’t get me wrong: I agree with you. It was bloody irresponsible. I could’ve spit chips when he topped himself with that ruddy helicopter.” Alan’s eyes were blazing. “He well knew what he was doin’. He knew it, and he took our Helen with him.” His fist clenched tighter around his beer. “She may’ve been ashamed of me; of where she come from. But she was still my sister!”
Max felt the familiar ache of sorrow surfacing as he saw the blotches of red on his uncle’s cheeks.
He looked at his beans and toast. He wasn’t hungry any more.
Alan drew a deep breath. “Well, I was ready to blame everyone, wasn’t I? Especially those rich folks your parents hobnobbed around with. Doing deals and buying up businesses, and what-have-you.” He shook his head. “But then I come home after my shift one mornin’ and I see you snoring your head off on the chair right there, and I think to myself, ‘Alan, that lad is the best thing to ever happen to your sorry carcass.’ So if you’re asking me about screwing up other people’s lives …?” Alan sat back in his chair. “Ain’t no such thing.”
Max knew better than to hug his uncle.
“Thanks,” he said, fighting back a grin. “You’re not so bad yourself.”
But Alan had already raised the volume on the television, nodding his silent acknowledgement.

Christoph Martin is the writing team of Christoph Martin Zollinger and Libby O’Loghlin. Christoph Zollinger is a Swiss entrepreneur whose career spans legal, military, corporate and private enterprise. Christoph graduated with a law degree from the University of Zürich, after which time he went on to live and work in Panama in corporate and private enterprise for more than a decade. In 2012 he returned to Switzerland with his wife and children. He divides his time between his home in Zürich and a tiny Alpine village in Graubünden. Libby O’Loghlin is an Australian novelist and prize-winning short story writer who has a career in narrative media production, including film and television, as well as print and digital publishing. She has lived in the UK, USA and Malaysia, and she now lives with her family in Switzerland.

I’m participating in the blogtour. Do take time to browse round some of the other posts.

8 thoughts on “The Expansion by Christoph Martin”