I have received a free e-copy of the book Dating Daisy by Daisy Mae to review. 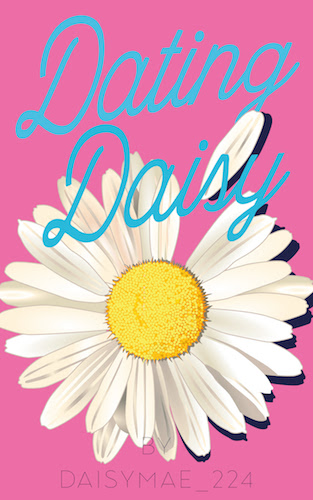 Daisy Mae has finally left her horrible husband after decades of unfulfilling marriage. Ready to embark on a new liberated life of adventure and fun, it dawns on Daisy that the last time she was asked out on a date was in the 80s, long before Whatsapp, Tinder, Happn and Bumble arrived; all meaningless words to Daisy’s frankly middle-aged ears.

As a sexual health doctor Daisy Mae, more than most, has reason to be cautious about throwing herself headfirst into 21st century dating. With guidance and encouragement from her seventeen-year-old daughter Imogen, her surrogate parents with a swanky house and swimming pool known fondly as The Amigos, and her friends Pinky and Jeannie, a nonagenarian who sends her insightful relationship tips from her nursing home, Daisy joins an online dating site in the hope that romance will swiftly follow.

But dating in the age of selfies and social media isn’t easy, and what begins as an innocent foray soon unravels in spectacular fashion. Daisy had not expected that she’d have to decode tech-speak (did you know 531 meant sex?), endure mortifying first dates with men who look nothing like their profiles, and be on the receiving end of an unwanted barrage of explicit photographs.

Is the price of finding love online too high? Or can Daisy Mae swipe her way to success?

This book is set in 2014, when 52 year old Daisy signs on to an internet dating site after one divorce and another 18 month relationship, because she wants to find a lifetime mate. Daisy lives with her 17 year old daughter Imogen, but we hear how she refers to her ex-husband as Voldemort.

She puts a lot of effort into how she portrays herself in her profile and photo and is disappointed to find not one wink, smile or email the next day. So instead she does a search on the site for non-smoking men aged 50-60 within 20 miles of Brighton but there are only 3 matches. Even expanding to a 50 mile radius, it only increases to 12 and about a third of them haven’t included a photo.

We then follow Daisy’s online chats, her first dates which often turn out to be a complete disaster, especially when men are nothing like their profile. She signs on to more sites. And the story is interspersed with Daisy recounting comical tales from her career as a sexual health doctor, plus advice from the Amigos, her best friends.

How many dates will Daisy have and can she find true love? And how does Imogen react?

Dating Daisy is available on Amazon, currently priced at £10.99 in paperback and is also available in Kindle format. A funny light-hearted read, although I did get a bit fed up with the over-use of the phrase “Here’s the thing” throughout the book.