I have read and enjoyed quite a lot of books by Tammy Andresen, so when I spotted that this one was free on Amazon, I downloaded myself a copy. 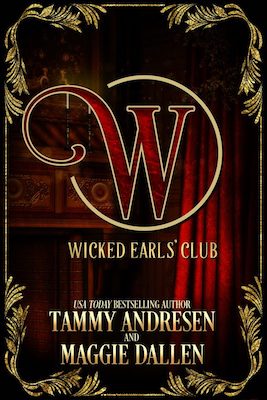 Meet twelve of the most wickedly sinful earls in all of Regency England. Together they make up the Wicked Earls’ Club. A secret group, marked with a single golden W; it is a place where these deliciously devious earls can indulge in their darkest desires. Though fate may have something else planned for them entirely.
Read twelve standalone novellas as each wicked earl finds love and redemption.
This is the prologue only. Each title will be on sale on all major retailers.
The Earl of Sussex by Tammy Andresen
Earl of Westcliff by Meara Platt
Earl of Wainthrope by Collette Cameron
Earl of Sunderland by Aubrey Wynne
Earl of Basingstoke by Aileen Fish
Earl of Weston by Anna St. Claire
Earl of Davenport by Maggie Dallen
Earl of Grayson by Amanda Mariel
Earl of Benton by Madeline Martin
Earl of Pembroke by Lauren Smith
Earl of St. Seville by Christina McKnight
Earl of Harrington by Dawn Brower

The Wicked Earls Club series is different to most, in that the titles are written by different authors. The common theme is that each is about a Wicked Regency Earl. Initially it was going to be one book per author, but I have previously read two titles by Tammy The Earl of Sussex and The Earl of Dryden. I hadn’t read any from the other authors though.

So this short 34 page book is a prologue to the other titles and we see how the married Earl of Coventry who runs the Wicked Earls Club is actually planning to match-make for the other earls under his wing. All the wicked earls would be horrified if they realised. Only a few of them get a mention in this prologue, but with a particular emphasis on The Earl of Sussex and The Earl of Davenport and the Earl of Harrington.

Having already read The Earl of Sussex, it was nice to go back and read this prologue but certainly not necessary, as each Wicked earl title is a stand-alone read.

USA Today Bestselling Author, Tammy Andresen lives with her husband and three children just outside of Boston, Massachusetts. She grew up on the Seacoast of Maine, where she spent countless days dreaming up stories in blueberry fields and among the scrub pines that line the coast. Her mother loved to spin a yarn and Tammy filled many hours listening to her mother retell the classics. It was inevitable that at the age of 18, she headed off to Simmons College, where she studied English literature and education. She never left Massachusetts but some of her heart still resides in Maine and her family visits often. 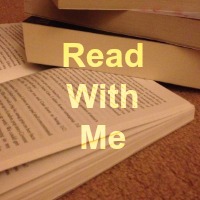 Literally You
Just a mum

We’re here to share our passion for waste reduction, plastic reduction, and our journey toward living a greener, more sustainable life.

you didn’t ask, but I answered

Amanja Reads Too Much

comics, nonfiction, everything in between