With everything going on this year, some businesses are really struggling in these tough times. So with the future still very precarious in the hospitality industry, The British Snack Co. has had to change their focus from the pub to online sales. They produce three brands of snacks which you may have come across previously:- Awfully Posh, The British Crisp Co. and The British Popcorn Co.

I particularly enjoy snacking on something savoury, so I was pleased to receive a box of 5 packs of Awfully Posh Lomo Crisps free to review from The British Snack Co. 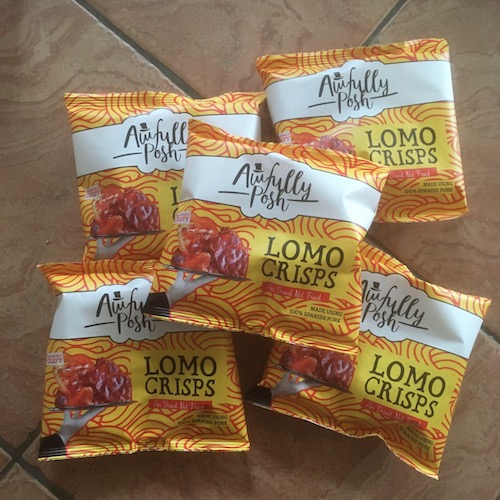 If you haven’t heard of Lomo, it is cured Spanish Pork Loin, which is one of my favourite cuts of pork. I’ve previously enjoyed it as Tapas, but haven’t come across it as a crisp before. These Awfully Posh Lomo Crisps have been air dried, not fried and made using 100% Spanish Pork, cured with a blend of paprika and garlic. And I can affirmatively say that yes they taste as delicious as they sound. Very moreish and definitely crisp and crunchy. Much better than your average crisp.

They are high protein and low carb comprising 63g protein, 0.5g carbohydrate, 23g fat and 6g salt per 100g. They are also gluten free. The packet size is 25g. They therefore work well with both the KETO diet and Atkins approach to meal plans. It is always a plus point in my opinion to have high protein products like this which do not need refrigerating.

Lomo is a new addition to the Awfully Posh range which also includes Pork Puffs, Pork Scratchings and Pork Crackling in a selection of flavours. However Lomo Crisps do seem significantly pricer than all the other products in the range, probably due to it using a premium cut of pork, namely the loin.

You may purchase them via their online store in boxes of 10 packets and they are also stocked in places like Fuller’s and Waitrose.

One thing I would like to see changed is the packaging. It has the dispose in litter symbol. Hopefully they are investigating alternative compostable or recyclable packaging.

For those of you hoping to try them in a pub after lockdown, here is son1 enjoying them whilst taking mask precautions. 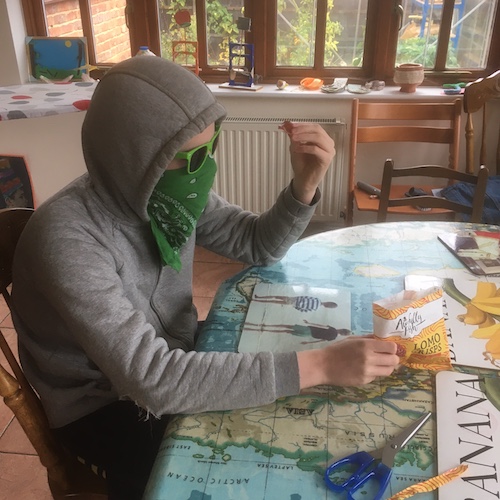 If you don’t mind the price for a premium product, I highly recommend that you give them a try. Otherwise try some of the cheaper items in the range.

And I’m hosting a rafflecopter competition to giveaway a box of Awfully Posh Lomo Crisps courtesy of The British Snack Co. to one lucky winner. A yummy prize. But you’ll have to be quick as this one is open for less than week.