Sustainability is the number one word for me when it comes to shopping these days, but in general it does tend to take a lot more time and effort researching what to buy where, so I was very pleased to hear about Veo World. They have taken out the hard work by liaising with reputable ethical independent brands to bring quality products to the online sustainable Veo Marketplace. I was even more delighted to be selected as a brand ambassador for Veo and to have the opportunity to tell you all about them.

Broadly speaking, the Veo Marketplace encompasses fashion, beauty, food and homeware. They have put together curated selections of these categories of products, in order to showcase some of the brands they collaborate with. I have received their curated selection of food and drink products free to review and promote. 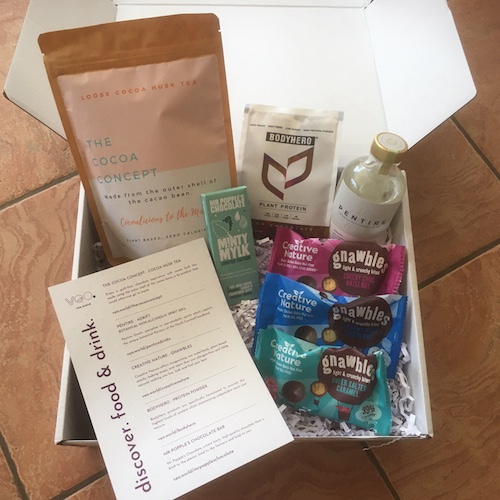 The contents of my box were as follows:-

All carefully packed in a cardboard box with paper shreddings and then in a home compostable mailing bag. 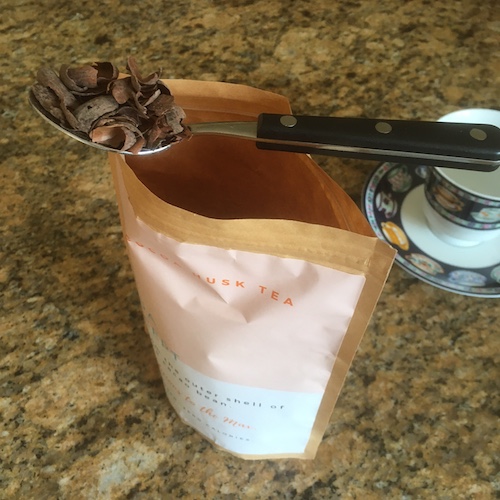 Cocoa Husk tea is a very clever sustainable innovative idea to make tea using the outer shell of the cocoa bean, a by-product when harvesting the cocoa beans, which would otherwise go to waste. We found this tea very refreshing and loved its chocolatey flavour and smell. What a win-win of an idea in developing this product. And after use, the cocoa husk can be added to your compost or garden soil. This is the shortest dated product with a best before date of 30/9/21, which is plenty of time. 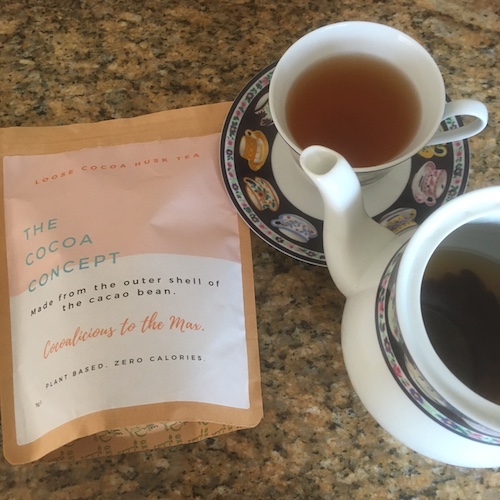 The tea packet itself is labelled as oxo-degradable, with a rubbish disposal image alongside. I had to look up this terminology and effectively it is a greenwashing term, as although it should degrade within a couple of years, it will only degrade into micro plastics which will then be around for 100s of years, so I assume that will be why it shows the rubbish disposal image. Perhaps Veo will be able to give the brand a nudge as regards their packaging. Such a great sustainable product deserves not to have their credentials dulled by greenwashing. It would be better to just say dispose in rubbish, although hopefully the brand is investigating other packaging alternatives, which can still keep the tea fresh. 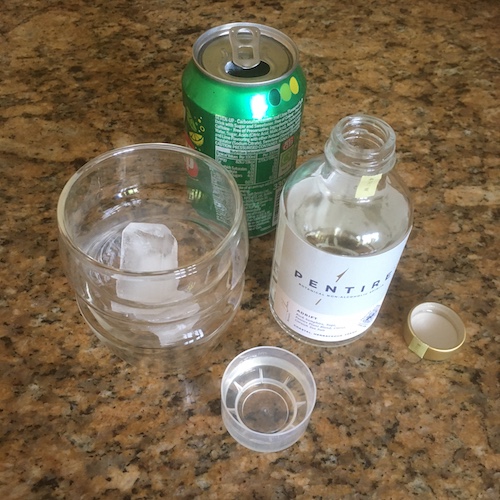 Adrift is a distilled coastal botanical non-alcoholic drink from Cornwall. Now I don’t really know much about spirits, either alcoholic or non-alcoholic, so I was hoping that either the bottle or the marketplace would give me some guidance on how to serve, but unfortunately not. I guess they are assuming that their customers would all know what to do, so I went with my instinct and measured out 20ml of Adrift, added some ice and topped my glass up with lemonade. But maybe that was the wrong choice of mixer, as certainly lemon was the dominant flavour although I could detect hints of something else pleasant. I subsequently read that lemon juice was one of the ingredients. 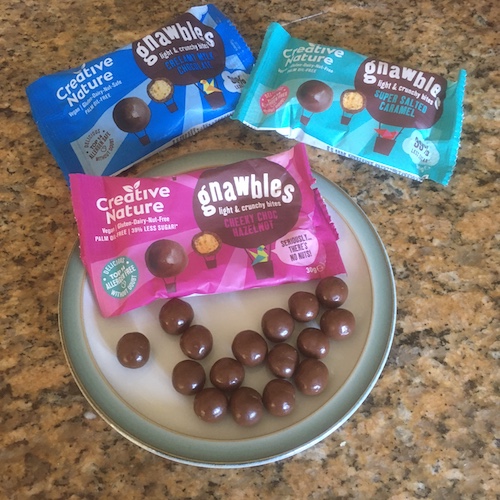 The Gnawbles were a big hit with all the family although we had different choices as to which of them was our favourite flavour out of Super Salted Caramel, Cheeky Choc HazelNot or Creamy Mylk Chocolate. These have a light crunchy cereal middle covered in chocolate. They are vegan, gluten free, no palm oil and nut free, yes even the HazelNot. According to the marketplace, there is also a fourth flavour called Brilliant Orange Cacao which sounds like it should be just as yummy. Surprisingly the packaging type varies across flavours with Creamy Mylk in 1 PET, whilst the other two are in 5 (polypropylene). Some of the supermarkets are now starting to take these soft plastics for recycling. 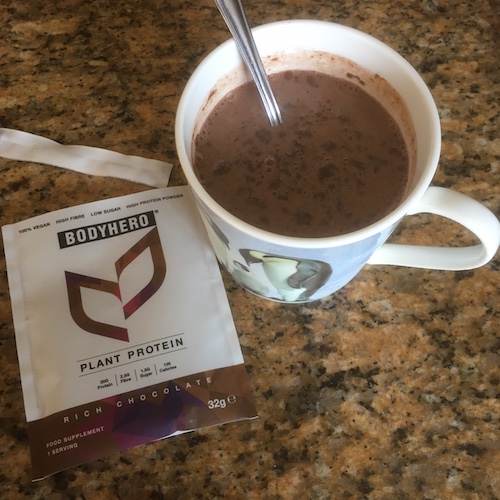 Now I don’t possess a shaker so I did the best I could at mixing the chocolate Bodyhero powder, and I must have made a reasonable attempt, as son1 who had requested this particular drink whilst the adults focussed on the tea and spirits, gave it the thumbs up. And he did let us all have a taste too. This product is vegan with the main ingredient being pea protein. The packet indicates it is also suitable for blending into smoothies or adding to good fats for a keto diet. This is another soft plastic packet, this time 4 LDPE. And I see that there is a Bodyhero shaker for sale on the marketplace for which they plant one tree per order. Another plus point. 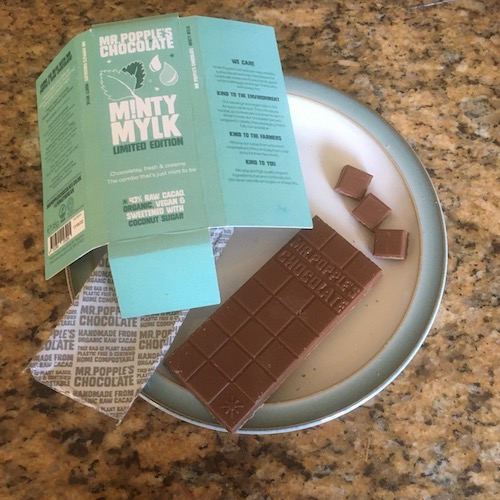 The Minty Mylk bar of Mr Popple’s Chocolate also got a very positive taste reaction from all of us. Its credentials are equally impressive with the packet indicating that it is organic, vegan, raw, no refined sugars, no palm oil, gluten free, soya free, ethically traded and sustainably grown, along with home compostable packaging. Plenty of other flavours in the range but you will have to be quick for this one as it is a limited edition.

These are just a small sample of the selection of products available from the Veo marketplace. I certainly recommend Veo for the breadth of ecofriendly brands they have partnered with. Do have a browse around to see the full range. I’m off to check out their sustainable underwear next.

And I’m hosting a rafflecopter competition, courtesy of Veo to giveaway a similar selection of products to one lucky winner!

I’d love to hear your favourite product on the Veo marketplace or your suggestions of other sustainable additions you would like to see there. My two favourites from those I received are the Mr Popple’s chocolate and the Cocoa Husk tea.

27 thoughts on “Veo, the sustainable marketplace”