I do enjoy cooking, so I was very pleased to receive the following selection of products from Buy Whole Foods Online free to review.

I had already formulated a tentative recipe idea in my head when I chose this selection which was to make some healthy raw energy snacks.

I do like this brand and have previously blogged some TVP meal recipes and my healthy yummy chocolate puds, made using their products. However this was back near the start of this year, so I was keen to see whether they would have taken on board my packaging suggestions, as I hadn’t had any feedback.

I was also pleased to see that everything was long-dated, with best before dates of October 2020 and beyond. Even the nuts, which was quite a pleasant surprise to me.

Now let me tell you a little about these products, especially if like me, you get confused between cocoa, cacao and carob. Carob powder is produced by grinding the dried carob pods into a powder. I have now discovered that unlike cacao and cocoa, carob is naturally caffeine-free and much lower in fat than other forms of chocolate, plus it has a naturally sweet flavour. And 2 tablespoons contains almost 20% of your fibre RDA. It is also a form of calcium, which is great news for the bones as well as the taste buds!

Amla powder is something I hadn’t heard of previously. I have now discovered that it is made from drying Indian gooseberries and grinding them down to make a powder. It is rich in vitamins and minerals and has had Ayurvedic uses for centuries.

Raw honey, unlike your average honey, is unfiltered and unpasteurised, so it retains all the precious nutrients which are normally lost through heating and filtering. Plus raw honey is a natural sweetener free from additives that other conventional honeys may have. And raw honey contains a considerable amount of bee pollen, which is a complete source of protein.

Cinnamon is a spice which I often add to the likes of cookies and buns, but it also works well in savoury dishes too. However I didn’t realise there are variations in the grade of cinnamon. Apparently this Ceylon cinnamon is the purest form of cinnamon you can buy. Packed with nutrition, there are a number of health benefits associated with consuming Ceylon cinnamon on a daily basis including anti-inflammatory properties and easing digestion issues.

Macadamia nuts are something that I buy on an adhoc basis for snacks. Ideal as they are high in protein, fibre and healthy fats. But I’ve also now discovered that they are great for creating your own macadamia nut butter. That is something I’ve never tried yet.

So let me share my Macadamia Energy Bites recipe with you. 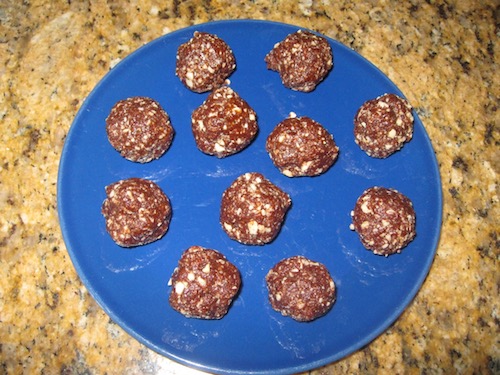 Grind the nuts in a blender.
Tip ground nuts into a mixing bowl.
Mix in the carob, cinnamon and amla powder.
Mix in the honey.
Break off walnut-size amounts of mixture and roll into small balls.
Serve and enjoy.
These may be stored for upto a week in the fridge.

These were absolutely delicious and didn’t last long. I used half the macadamia nuts in the recipe, so there is only enough left to make one more batch. After that, I need to come up with some more recipe ideas for the other products, particularly the cinnamon, which is a huge packet. I’ve got about a year to use 250g, when a small spice jar usually lasts me about that length of time. I’ll have to see if the boys like cinnamon toast. I used to eat that quite regularly, but haven’t had it in years. So please hit me with your recipe suggestions.

The honey is one standard size extra large jar, but all the dry products come in a wide range of sizes from 50g to the bulk 25kg.

Unfortunately no change in the packaging as yet. Apart from the honey, the products are all in plastic, even if it is labelled as BPA free plastic. I’m still hoping Buy Whole Foods Online will review their product packaging and switch to a paper-based solution. Or the fact that some of them can be purchased in sizes upto 25kg, maybe they could start selling those via bulk stores, so we could take our own containers to fill.

I do recommend that you take a look at the Buy Whole Foods Online store. There is a huge amount to choose from.

And I’m hosting a rafflecopter competition to giveaway the same selection of products as I received from Buy Whole Foods Online to one lucky winner. You’ll certainly be able to make some tasty treats with these.

I’d love to hear your recipe suggestions using any of these products.

I’ve subsequently seen the most beautiful recipe for Rose and Almond Nougat on the Marvellous Mrs P blog, which I’m wondering how well it would adapt to using macadamia nuts. I’ve got a rose bush in the garden and had been considering the possibility of using the rose hips to make a cordial, but had never considered the potential of the rose petals.